The New Three R’s – the building blocks of success 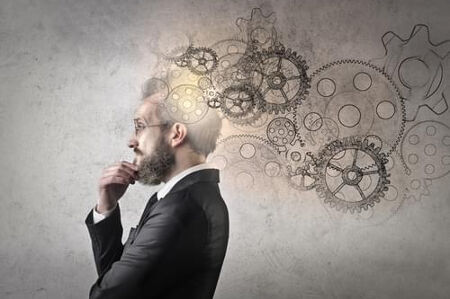 At different times and in different contexts, success can wear many different faces. So what is success? What is it not? And what three traits are common to all successful people?

Success – what is it?

In the self-improvement world, the word success is often used, yet never really explained. In reality it is person and context specific. Most people imagine success means health, financial independence and, of course, fulfilment and happiness.

So, here’s a question: are successful people ever satisfied?

In my experience, the answer to that last question is that many (not all) successful people never feel satisfied or fulfilled – and that is what drives them on. Once they achieve a goal, they make a new one. So, even this one trait that many people think might be the sign of success – satisfaction – turns out not to be an indicator of success at all!

When Bill Gates was a young man he set himself the goal of amassing billions of dollars by having Windows on as many PCs as possible. He succeeded and made billions. So, that’s success, right?

Yes. But that’s not the end of the story. Because he then set himself new challenges. Nowadays through the Bill Gates Foundation he is looking for solutions to illness, poverty and famine. With such a huge task, he is destined every day to wake up to failure, because the problem of inequality of resources, wealth and opportunity will be around for a long time. Yet he carries on – and that is an indicator of his successful attitude to life. He’s not looking for an endpoint, he’s looking for a journey in his life that gives him purpose, and he uses his skills to go further along it. That’s what provides him with what others callsuccess.

The attitudes you need on your success journey

I have spoken with countless successful people, and found they share three common traits that enable them to keep on. They are what I call The New Three R’s – Resilience, Reinvention and Revolution.

On your success journey there will be setbacks, and that’s when you need resilience. Many people have an “all or nothing” mentality that sees every learning experience as failure. Successful people have failed countless times. That’s how they found the right way to succeed. Resilience is not just a trait, it’s a skill you can learn through life’s tests. With it you can learn to process what the world tells you as feedback about what to try next. Remember – there is always something else to try.

Revolution – your willingness to embrace change

You can’t be who you want to become by being who you are today. You have to adapt. Since the beginning of time, revolutions have been necessary for society to evolve. My invitation to you is to start looking at change as your new best friend. How do you respond to that part of life over which you have no control? Being able to go with the tide of change without being swept away is a skill. It’s about being reactive and proactive, of staying ahead of the curve and being willing to try new things. Many people fear change in their lives, but when you learn to see the opportunities in the revolutions that are going on around you, then your life improves. And if you try to fight events, then you will waste so much creative energy you could use on your path to success. Napoleon Hill said, ‘Every adversity, every failure, every heartache carries with it the seed of an equal or greater benefit’. That is the key to embracing revolution.

There often comes a time in when people need to start again. Reinvention enables you to find new sides to yourself, or to use them in new ways. Sometimes it’s a response to reaching rock bottom, sometimes a mentor or teacher inspires action, or you might have a realisation you’re on the wrong path – a moment of self knowledge.

Whatever the reason, it’s something successful people have done before you. There tend to be two main types of reinventors – the Chameleons who do what they were doing, but in new ways – and the Transformers, who change to a completely new way of life.

Great Chameleons include David Bowie, Lord Sugar and Madonna. Each carried on using the skills they had, but changing the way they used them. Bowie continued to be a musician and songwriter – but they way he packaged his skills changed him beyond recognition, and he remained at the forefront of rock music for decades, as indeed did Madonna. Lord Sugar carried on as a brilliant salesman and entrepreneur starting new companies, but continuing with essentially the same role. Picasso, too, changed radically from his earlier years of painting life-like art to cubism and constructionist sculpture.

Great Transformers include Harrison Ford, whose struggles in the Hollywood studio system led him to becoming a carpenter. Once he’d found his confidence and sense of independence, he returned to acting, this time not so desperate to work and more in control of himself. J K Rowling transformed herself from a teacher in Portugal, through being a mum on benefits to writing the Harry Potter novels. Her life was transformed by how she handled adversity, and she too completely reinvented herself.

These skills, The New Three R’s of Resilience, Revolution and Reinvention are absolutely central to your path to success. Embrace them, discover what you want to be… and good luck!

You can download a free chapter, or buy The Question book at…

Leave a reply Click here to cancel the reply

We use cookies on this site to enhance your user experience. By clicking on any link on this page or simply navigating on it, you are giving your consent for us to set cookies. More information in our Cookie Policy